Issue number 200 of the popular CIES Football Observatory presented the annual list of the most productive training clubs. At the head of the rankings for big-5 league players is Real Madrid, while Dutch side Ajax tops the table for footballers in 31 top division European championships. GNK Dinamo is currently just behind Ajax with 67 homegrown players throughtout Europe!

Following UEFA’s definition, training clubs are teams where players stayed for at least three years between the ages of 15 and 21. 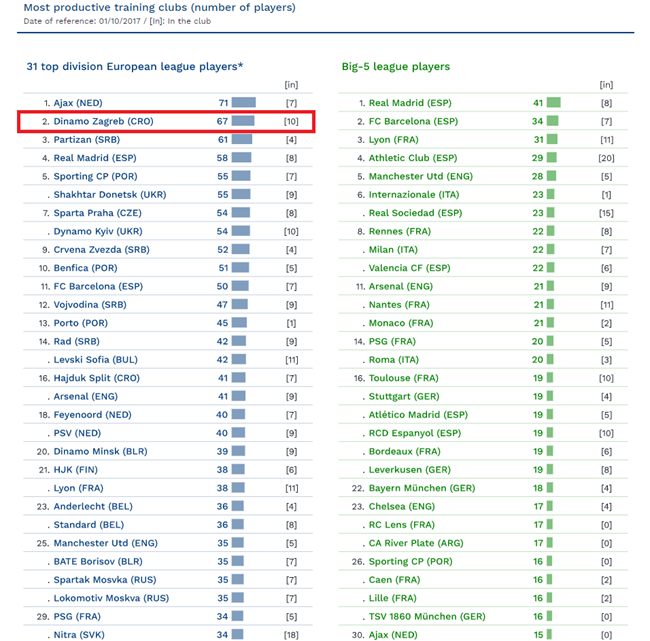