GNK Dinamo Zagreb was founded on April 26th, 1911 as „I. hrvatski gradjanski športski klub“, which is literally translated as the „1st Croatian Citizens' Sports Club“, or simply – Gradjanski or „Citizens'“. Therefore, the clubs' prefix was changed from NK (FC) to GNK (Citizens' Football Club) with the letter G symbolizing the clubs' roots with the ancient name of Gradjanski. The new prefix was added before the club’s annual assembly ahead of the 100th anniversary celebration.

In 1945 the club was forced to change its name and structure due to political reasons and embraced the new name - Dinamo. In the summer of 1991 the name was changed to HAŠK Gradjanski which only lasted a year and a half  when the name was replaced with NK Croatia. The most popular and beloved name Dinamo has been brought back on Valentine's Day in the year 2000. Based on the number of trophies GNK Dinamo Zagreb is the most successful Croatian football club having won 33 domestic championship titles, with 23 out of those 33 being won in the Croatian National Championship which started with the Croatian independence in 1991.

In 1967 GNK Dinamo Zagreb reached its most important trophy in history: the Inter-Cities Fairs Cup, the predecessor of the UEFA Cup i.e. today's UEFA Europa League. They beat Leeds United in the finals. In 1963 the Blues were runners-up losing to Valencia in the finals. GNK Dinamo Zagreb managed to secure 18 seasons in the group stages of the UEFA competitions with 7 in the UEFA Champions League and 10 in the UEFA Cup/Europa League with still waiting in which competition it will participate in the current 2022/2023 season.

The club also has an impressive run in UEFA competitions reaching the group stages in 15 out of last 16 seasons. In the 2018/19 UEFA Europa League they reached the Round of 16, only losing to Benfica in an Extra Time in the return leg in Lisbon.

It was followed by advancing to the UEFA Champions League group stages next season where GNK Dinamo narrowly lost its place in the knockout stages. In the 2020/2021 season we were group winners in the UEFA Europa League and advanced to the quarterfinals reaching a memorable win against FC Tottenham Hotspur in round of 16. After losing 2:0 in the first leg in London GNK Dinamo made a magnificent come back with fascinating 3:0 win in Zagreb when Mislav Oršić scored a stunning hat-trick. The Blues were stopped in the quarterfinals by Spanish side Villarreal CF. 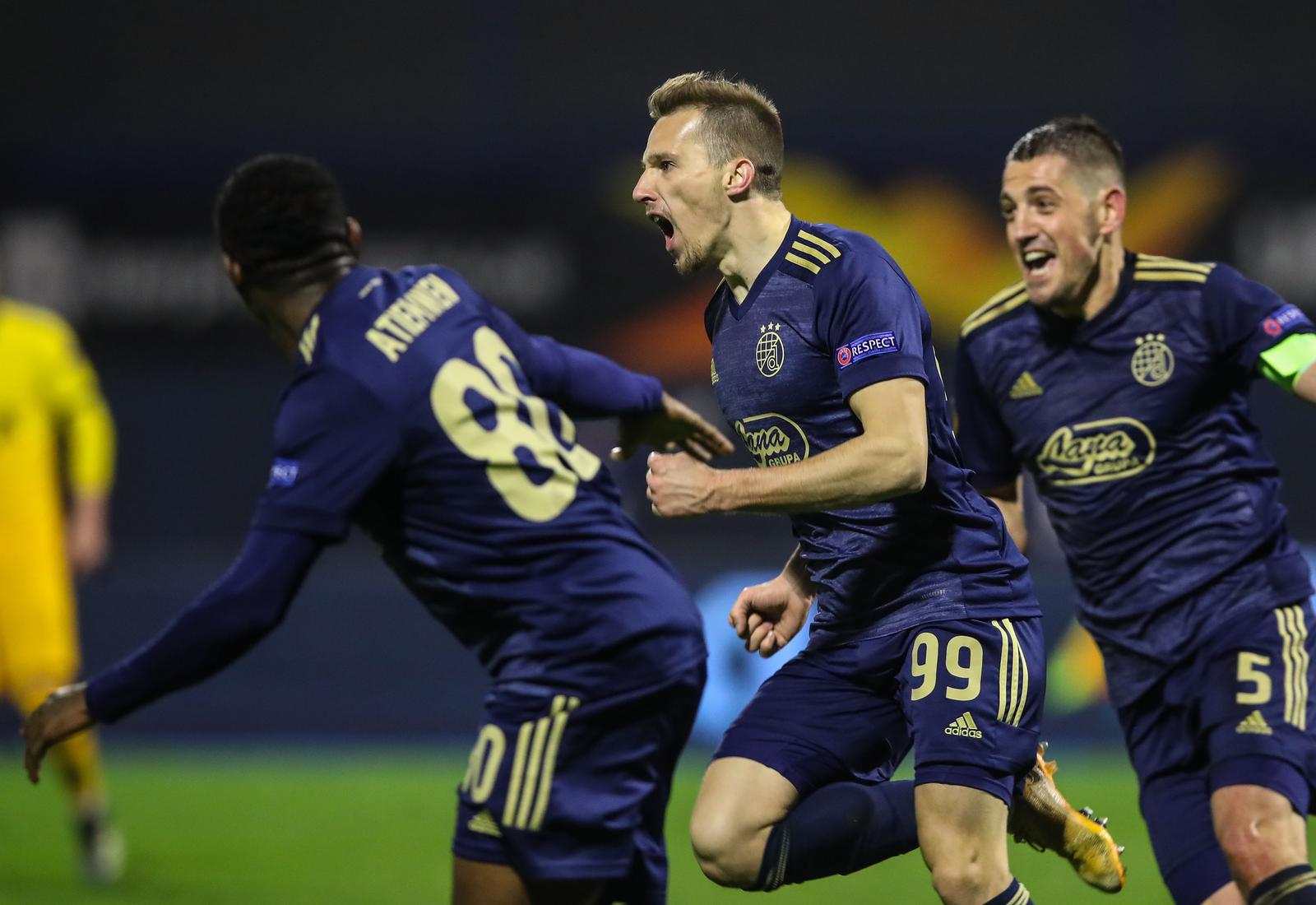 Next season the Zagreb club also made an appearance in the knockout stages of the UEFA Europa League narrowly losing to Sevilla FC. Dinamo won the second leg by 1:0 but it was not enough to secure the place in the next round after Spanish team had a 3:1 lead in the first leg.

Furthermore, GNK Dinamo Zagreb is the world record holder in the history of the World Cup Finals. Neither club in the world has produced more players from its youth academy in the history of the WC Finals. In 2018 World Cup in Russia, in which the Croatian national team reached silver medal, there were 14 former or current GNK Dinamo Zagreb players. Ten out of those 14 were brought through the club's youth academy according to the UEFA „homegrown player“ rule. About one month after being established Gradjanski played their first official game, soon came the first win and in 1923. they won first national title. The club, in that time called Gradjanski, was the most successful Yugoslavian club between the two World Wars winning five championships, before the new government renamed it to Dinamo on 9th June 1945, installing the new management loyal to the communist regime. Even though the new government tried to present Dinamo as a new club, they couldn't hide the same identity of Gradjanski and Dinamo. Not only that the club kept its distinguish urban, typical Zagreb spirit but also the blue colour, the fundamental characteristics of the club's emblem, the coaches, the physiotherapeuts, most of the former players and the same fan basis. Consequently Dinamo and Gradjanski are the same club, which changed the name and legal status several times because of the historical circumstances.

Dinamo continued the path of Građanski and immediately became a member of the state's ''Big Four'', with Hajduk Split, Red Star and Partizan Belgrade. The club achieved great results in domestic competitions but also remarkable ones in Europe during the 1960s. Semifinal of the Cup Winners' Cup in 1961, the Inter-Cities Fairs Cup (today Europa League) finals in 1963 and, finally, winning this prestigious trophy in 1967. From the end of the World War II until the disintegration of the Federal Republic of Yugoslavia in 1991, the Boys in blue from Zagreb collected four League titles and seven Cups. Since the Croatian independence in 1991, Dinamo became the leading club in the country, the most successful in the ex-Yugoslavian area and one of the most powerful clubs in Southeastern Europe. Under the name of FC Croatia, the club won five championships and four Cups in the 1990s, and they continued that success after the return of the old name Dinamo in February 2000. Dinamo today has 23 league titles in Croatia with 11 consecutive ones. It was cut by NK Rijeka winning the trophy in 2017 which was followed by another GNK Dinamo magnificent run of five consecutive titles.

The club from Zagreb also accomplished a string of outstanding results on the international scene, one of only few clubs that managed to beat the world football greats in the away games:

They also played a memorable games winning four times against Juventus, three times against Milan, three against Celtic, also three against Dutch giants Ajax and Feyenoord, unforgettable great win against Liverpool by 5:1 back in 1936 or 4:0 against HSV in 1970, 5:0 against Partizan in 1997, 3:1 against Porto in 1998, 2:1 against Arsenal in 2015, 4:1 against Fenerbahçe in 2018, 4:0 against Atalanta in 2019, 3:0 against Tottenham in 2021 and one more memorable goalless draw against Manchester United at the Old Trafford in the 1999 UCL group stage.

In the season 2015/16 Dinamo qualified for the UEFA Champions League group stage again. The beginning of the UCL group stage couldn't been greater – Dinamo won 2:1 over Arsenal at Maksimir stadium in the first round. Unfortunately, the team couldn't repeat this kind of story against Olympiacos and Bayern so they finished the group stage as the last placed team.

But it was only an introduction to a great run in the following years starting in 2018 when Zagreb team reached UEFA Europa League knockout stages in three out of four consecutive years. 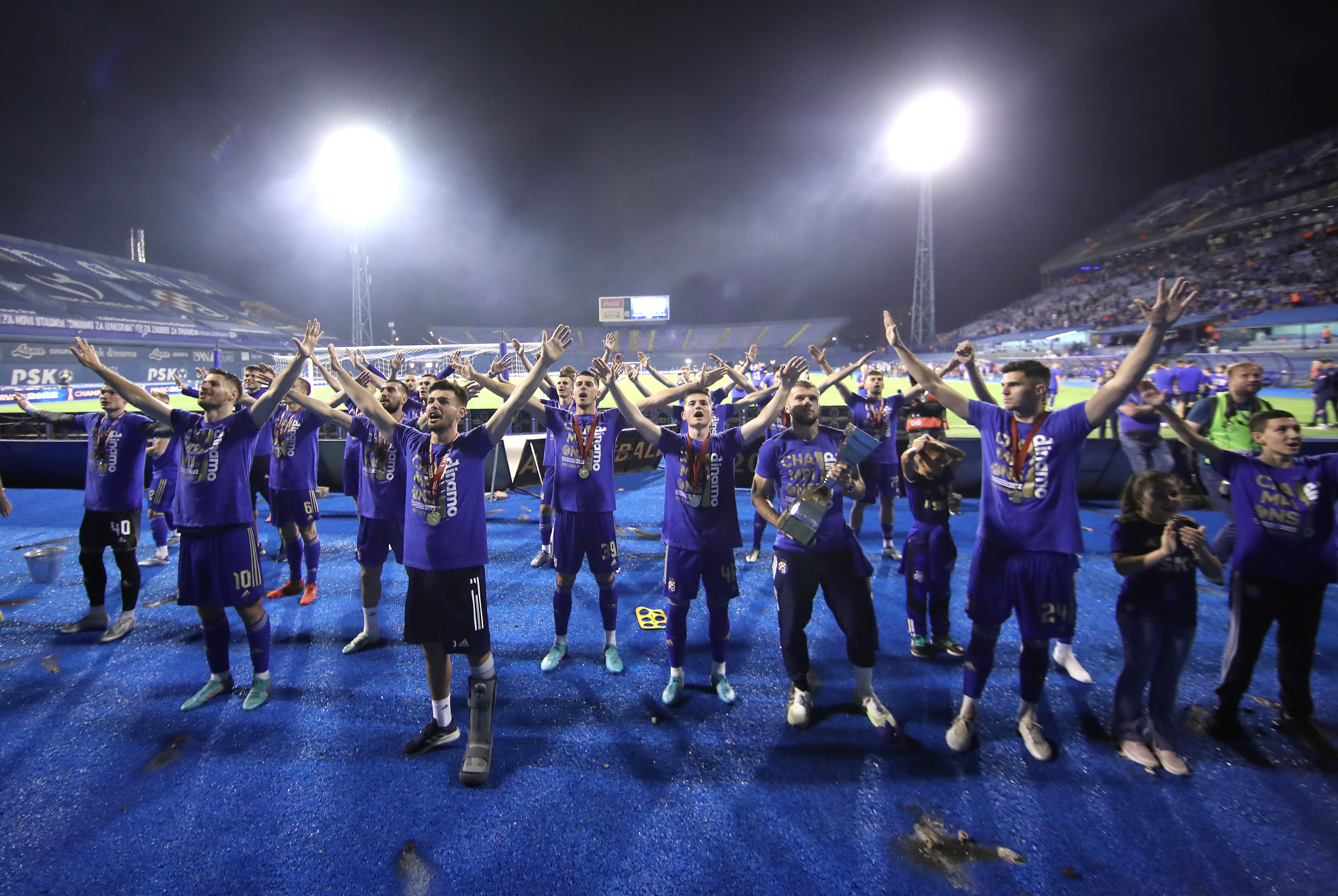 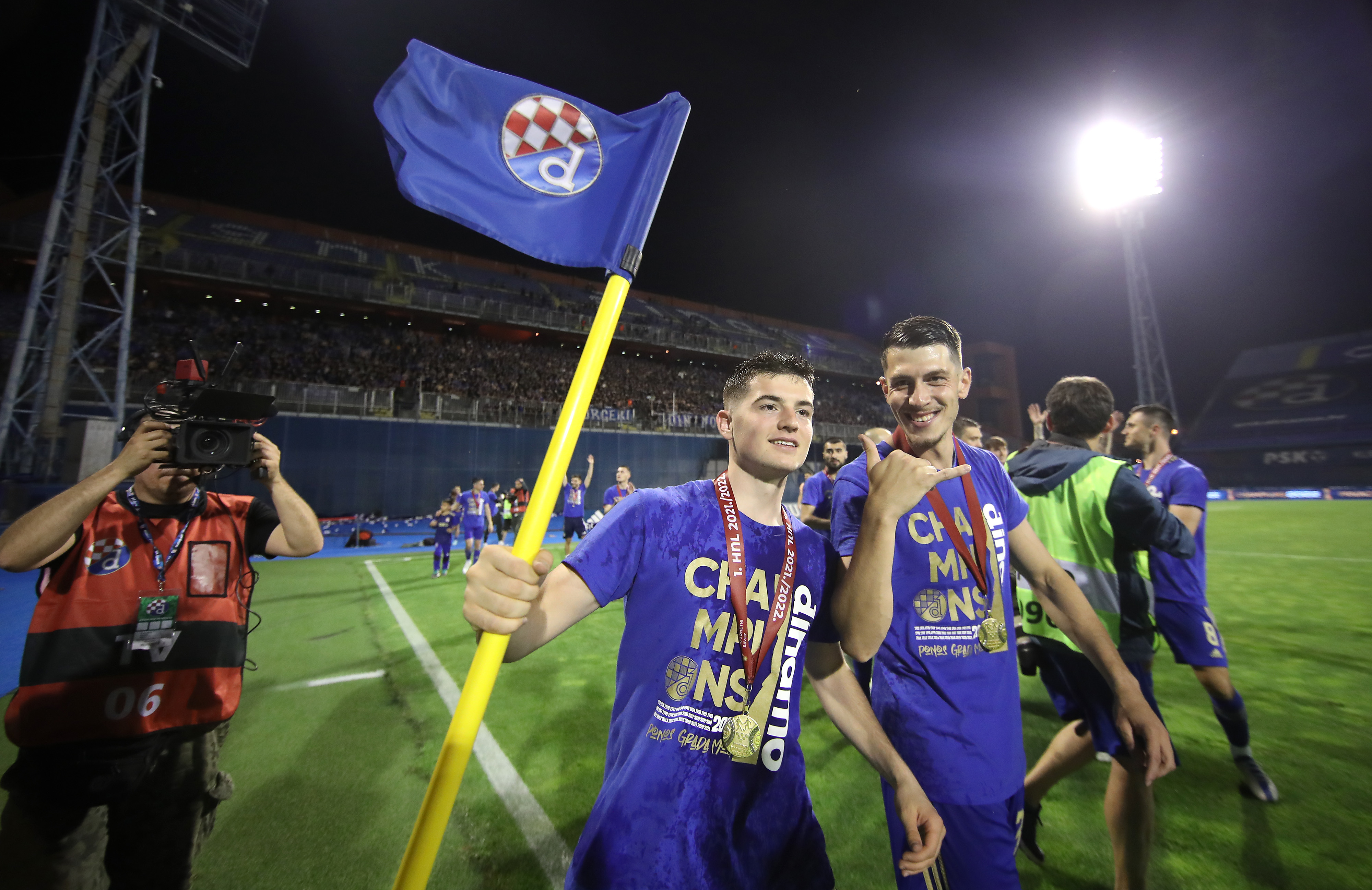 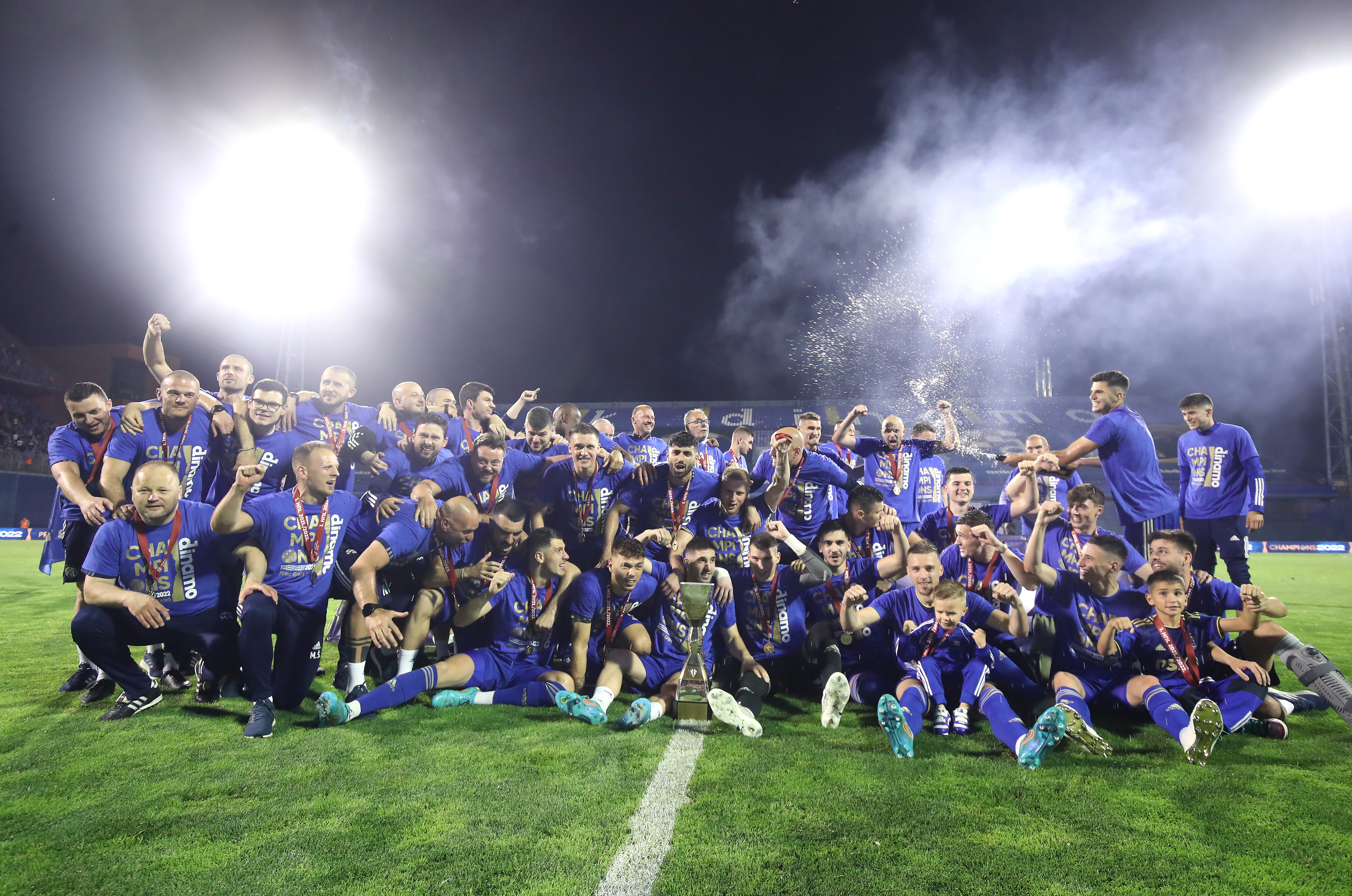 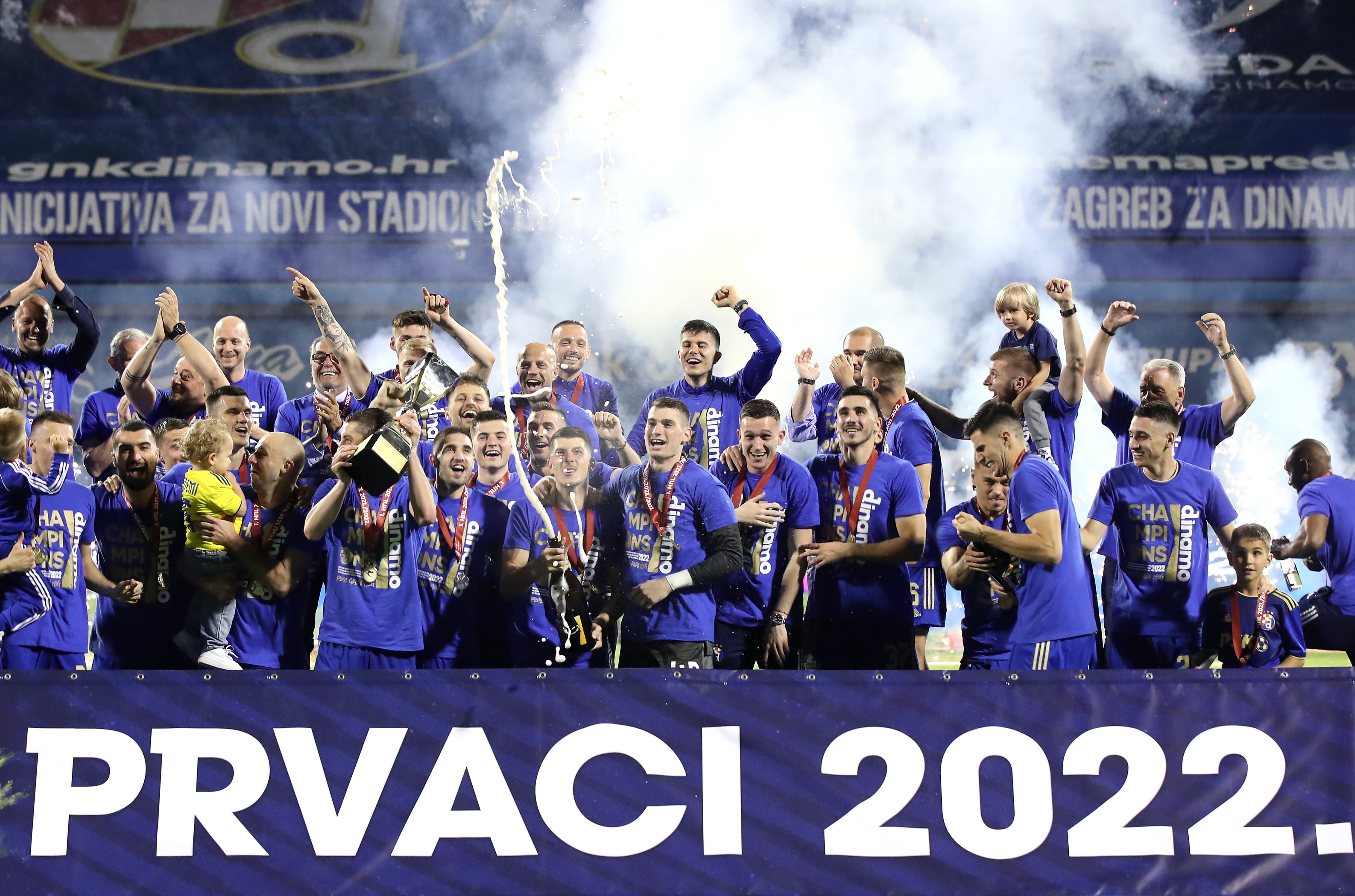 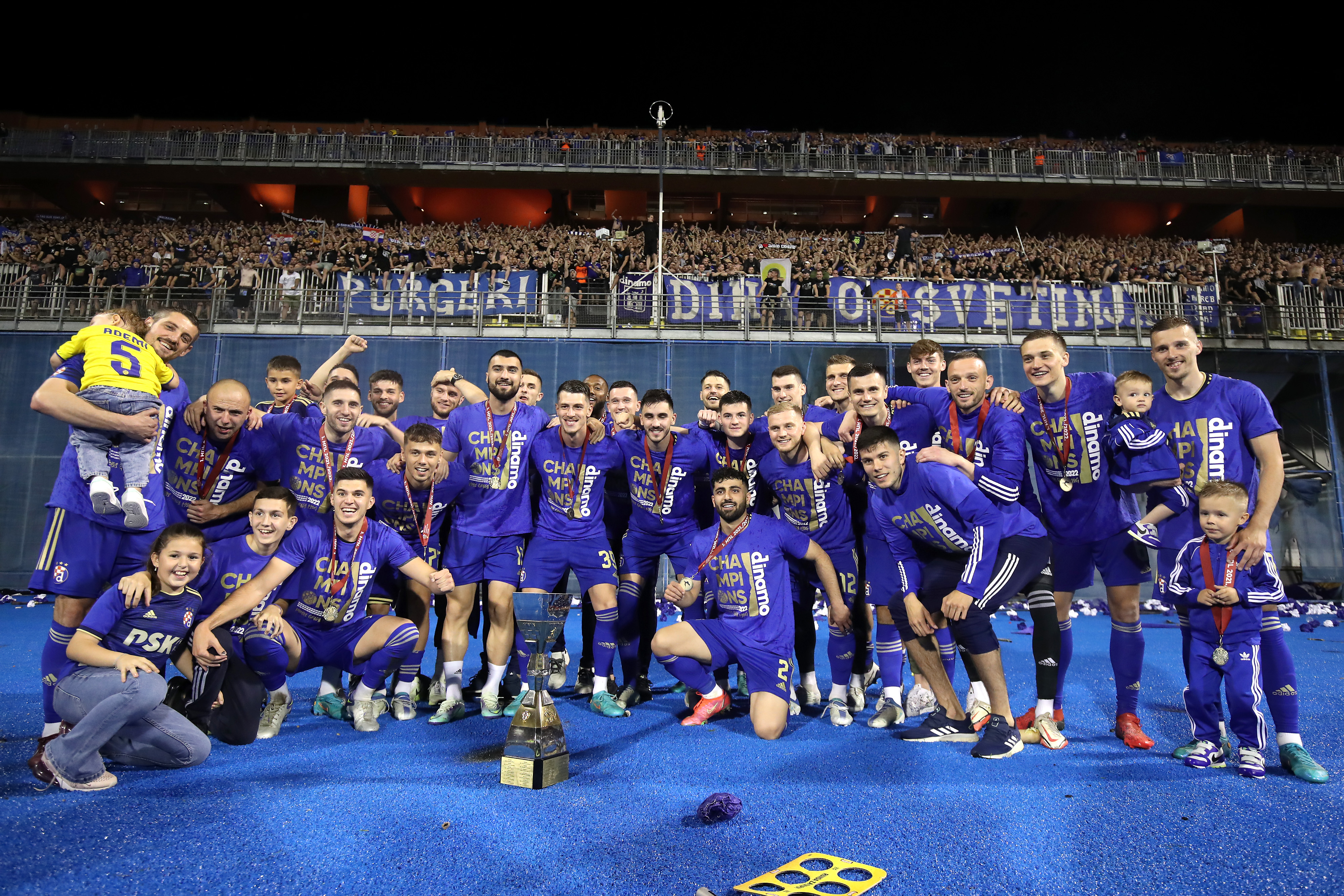 The magnificent performances in the 1998 World Cup in France led Croatian national team to its historical success reaching the bronze medal. Croatia has been to five World Cup tournaments with glorious record of reaching third place in 1998 and playing in the 2018 World Cup finals in Russia losing to France thus winning the silver medal.

Croatia became the second smallest nation by population ever to reach the World Cup final, behind Uruguay.