During the last season (2018-19) the club has been fined by the UEFA Control, Ethics and Disciplinary Body with the highest amount of money in the club's history. GNK Dinamo was fined with 311.000,00 EUR, mostly for the use of pyrotechnics (and setting off fireworks) and for the racist behaviour of our fans. Besides the financial charge, the CEDB ordered GNK Dinamo to play the next UEFA competition match as a host club behind closed doors.

That is the main reason why the club decided to start this positive campaign. We want a positive atmosphere and a safe environment at football stadium for players, fans, officials and other spectators.

The club will allocate funds after every home and away official game in the season 2019-20 (Croatian league, Croatian cup, UEFA competition) for which the club won’t receive financial charges (by Disciplinary bodies) based on following:

In December 2019 GNK Dinamo and Croatian Red Cross will publish an open application for associations/organizations that are helping children, young people and socially vulnerable families. The official Commission will select the applicants that satisfy our requirements. Due to the raised amount of money, funds will be allocated to selected associations/organizations. 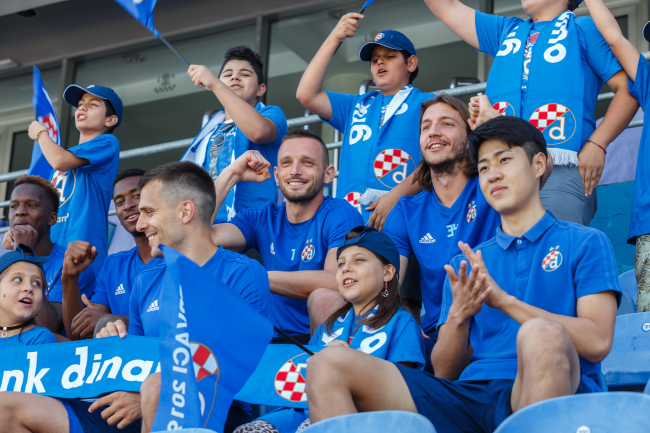 - To prevent any kind of health risks for supporters, players, officials and other spectators in the stadium

LAUNCH OF THE CAMPAIGN

The club made a decision to launch this campaign at the Croatian Telecom First league 2nd round (Slaven Belupo - Dinamo), while the UEFA Champions League 2nd qualifying round match Dinamo - Saburtalo will be played behind the closed doors.

The Croatian Red Cross is a national society and part of the Red Cross, which works to promote and accomplish humanitarian goals and programs of general benefit.

Its purpose is to protect life and health and to ensure respect for the human being. It promotes mutual understanding, friendship, co-operation and lasting peace amongst all peoples.

GNK Dinamo and Croatian Red Cross cooperated few months before starting this campaign - by organizing a football event with the aim of promoting equality and diversities. 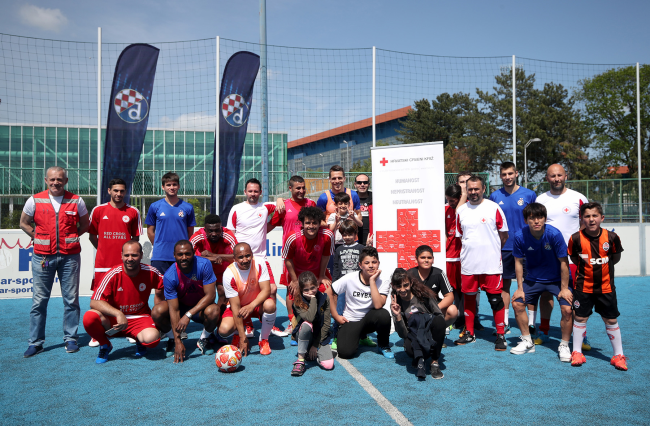